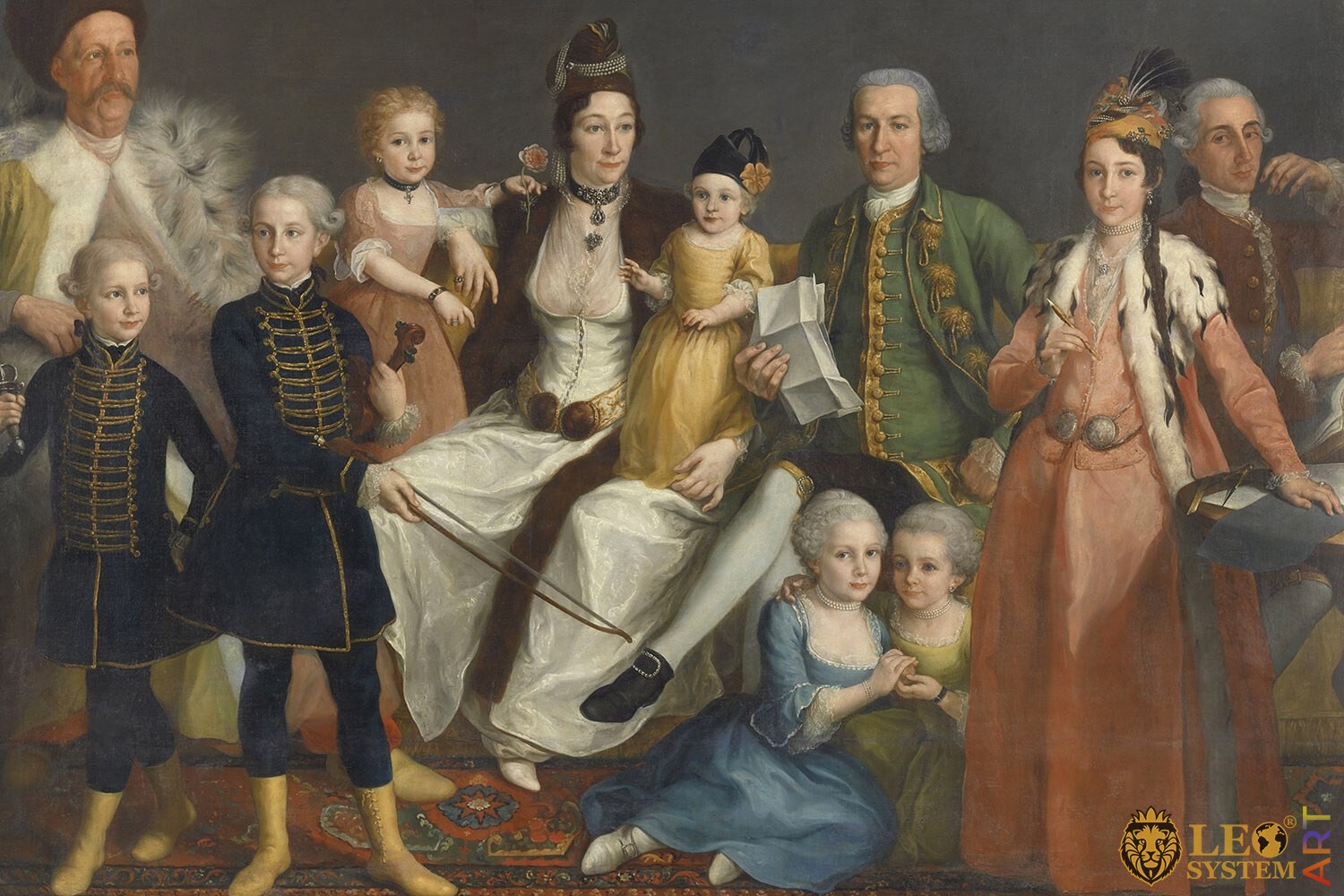 Hundreds of years ago, it was a sign of status for people to have paintings of themselves and their families completed. And it was not just that, but to have a quality painting that truly illustrated you in the exact way that you looked like was not cheap, as the best of the best painters had to be found and hired.

Families are the pillar holding up many people’s lives, when they fall into difficult moments or want any help, then they have their family members to turn to who can help them get over any such difficulties.

You can see some of those stunning paintings below in our famous paintings with various families article which includes paintings from 17th to 19th centuries. 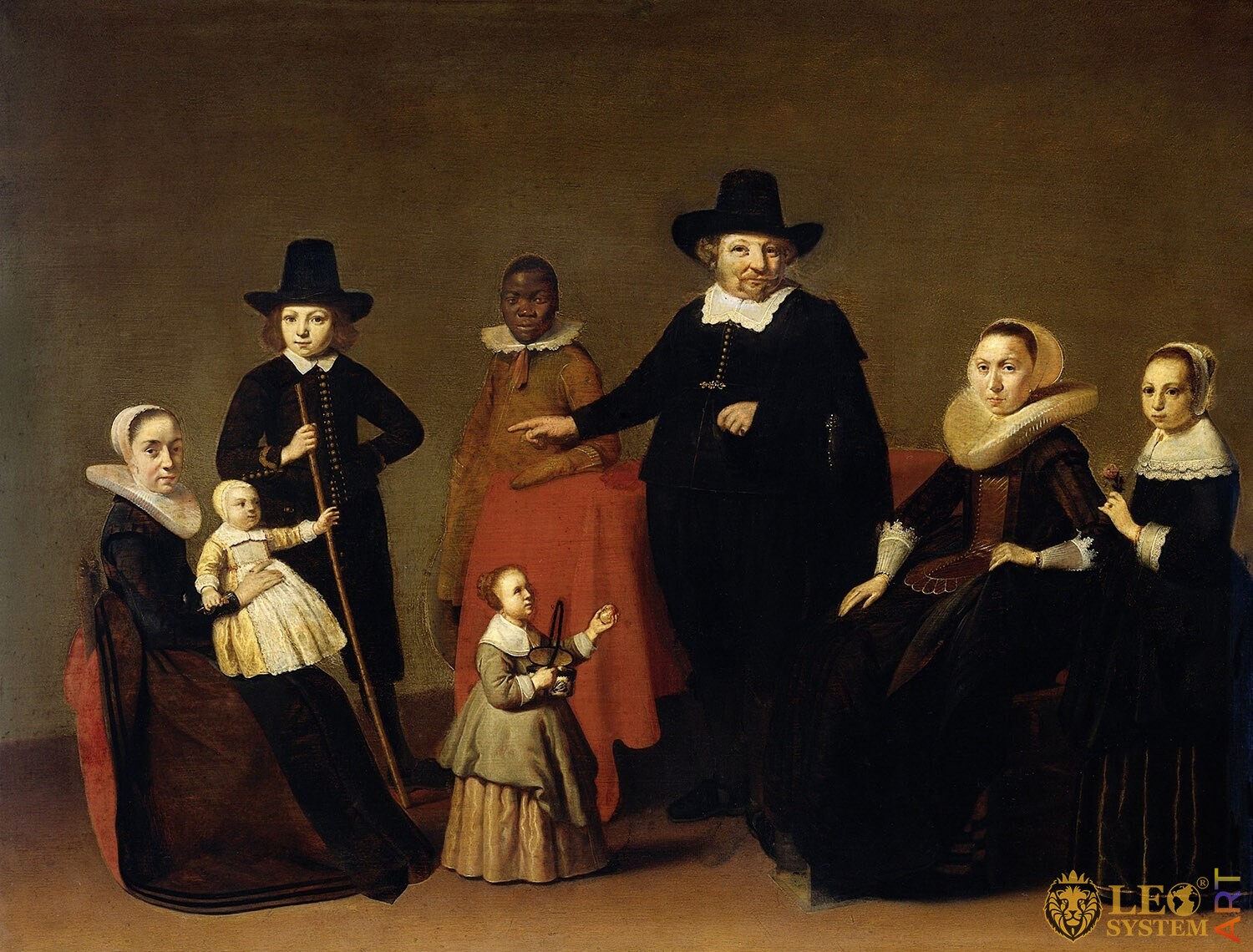 This painting is painted by Willem Cornelisz Duyster who was born in Amsterdam and is one of the most prominent artists of what is known as the Dutch Golden Age that saw a lot of breakthroughs in science, the arts and military technology by Dutch pioneers. The painting is called the Family Group with a Black Man.

It is a portrait painting of a rich family headed by a prominent Dutch merchant during the 17th century. It is a famous painting as it is one of the first quality representations of how the Netherlands was changing with an influx of people from the Dutch Empire.

Furthermore, it is said to have a dark side with an important meaning, it features a black man along with the wealthy family in the portrait. It likely infers that this rich family has become rich from the trade of slaves, which during the time that the painting was created between the years of 1631 to 1633. This was one of Duyster’s last paintings, because just two years later he would die from the Bubonic plague of the 17th century.

Here we have the portrait of the Family of Adriaan Bonebakker with Dirk L. Bennewitz which is drawn by Dutch painter Adriaan de Lelie who created the painting in 1809. The Bonebakker and Bennewitz families were two families involved in the  silversmithing business which helped make them very rich and prominent in the city.

It is believed that the painting is set in the house of the Bonebakker family near the Reguliersgracht and Herengracht canals located in Amsterdam. 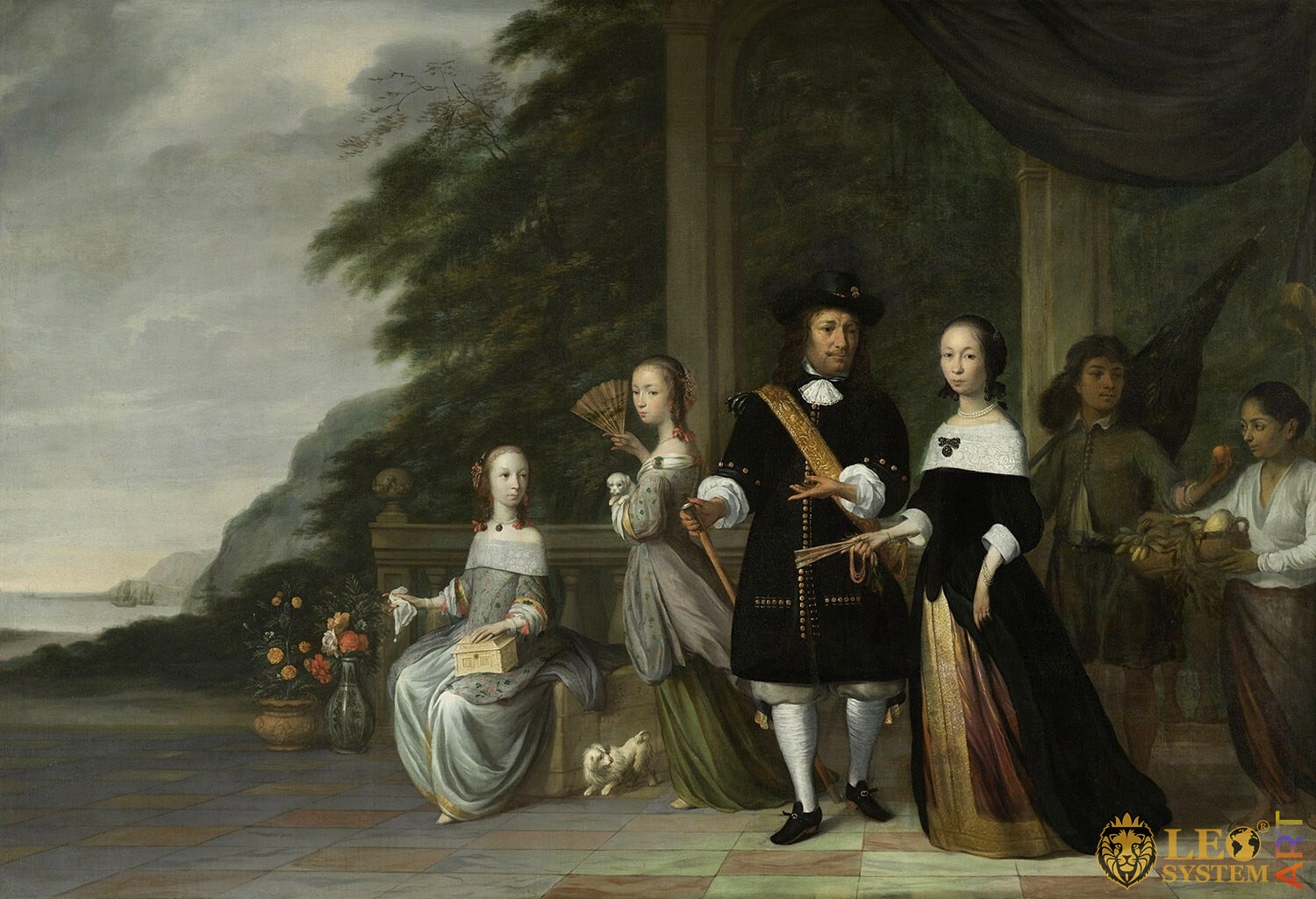 The family is gathered in a well-kept garden located on the seafront of Batavia that is today known as Jakarta, the capital of Indonesia. The man in the painting is Pieter Cnoll who was a Dutch merchant working for the Dutch East India Company that is also known by its Dutch abbreviation VOC.  Apart from that, the family in the portrait also features two servants from the local Java ethnic group in Dutch controlled Indonesia.

Apart from being a very rich family, it is also an unusually diverse family for that period in time. Cornelia van Nijenrode is the daughter of a Dutch trader that fell in love with a Japanese woman while travelling to Japan for a trading mission. Cornelia was born in the city of Hirado in Japan.

The mixed ethnicity of Cornelia van Nijenrode and her two daughters are portrayed in great attention to detail. Where the painter has made their faces much flatter with a lack of sharp features. There is also a great attention of detail to show the wealth of this family, such as by having a fan and also a small pet dog, which were both luxuries at the time.

This oil canvas painting called the Pieter Cnoll, Cornelia van Nijenrode, and their Daughters is painted by Jacob Coeman who created the painting in the year 1665 with the painting today being located in the Netherlands on display. 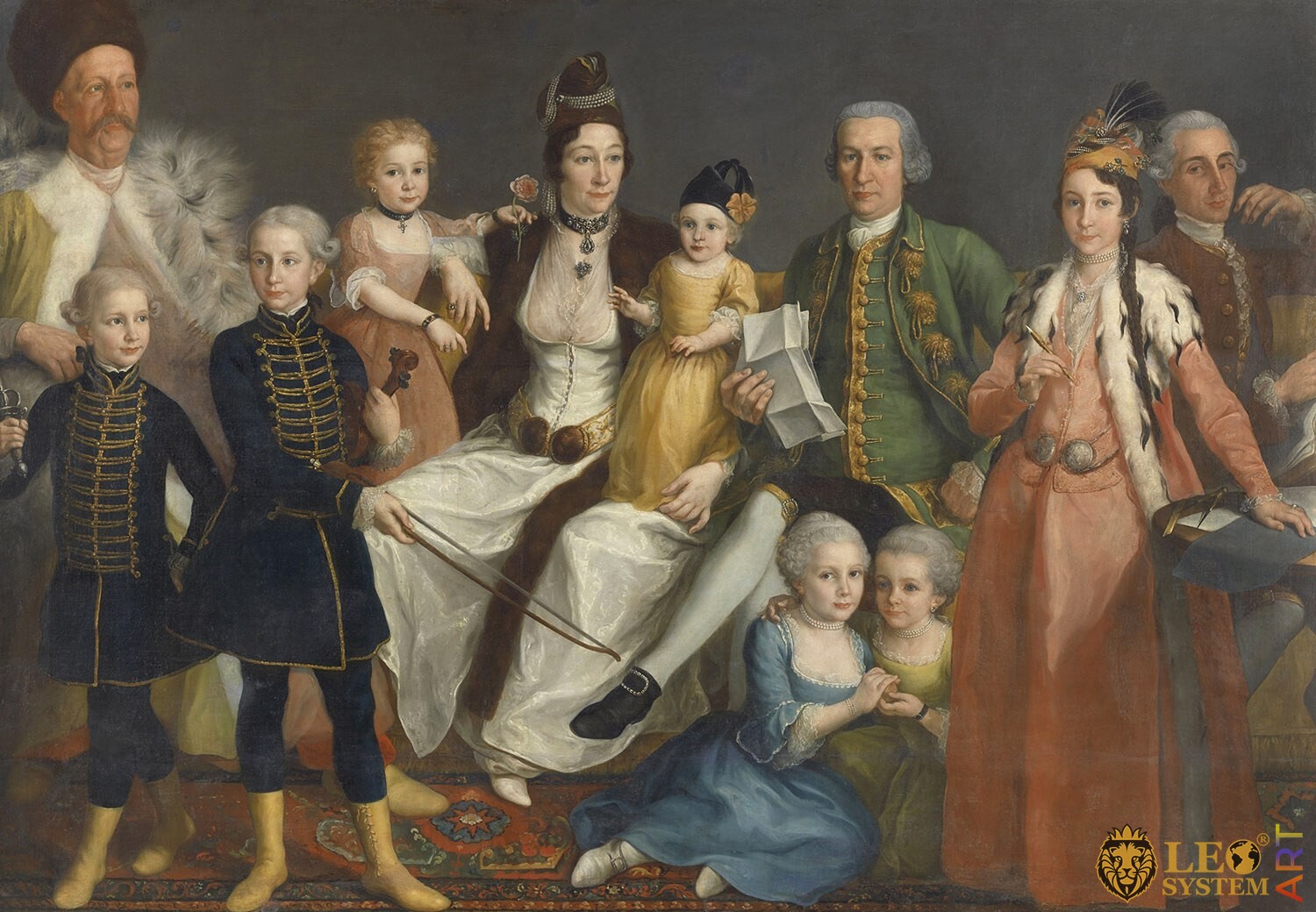 In the center you have David George van Lennep who was a top Dutch merchant that was in charge of supplying the goods inside a major Dutch factory located in the city of Smyrna, that was located in the Ottoman Empire at the time and today is located in Turkey.

Next to David George you have his wife Anna Maria Leidstar who is wearing traditional Ottoman Turkish clothing while holding her youngest son on her lap and being surrounded by her six other children that are evenly split around her.

On the far left you have the grandfather of the children that also happens to be dressed in fashionable Ottoman clothing from the time. While on the far right, you have the children’s caretaker and teacher sitting down, holding an open book.

This family portrait is painted by French painter Antoine de Favray who is one of the most prominent European painters in the Ottoman world during the 18th century. 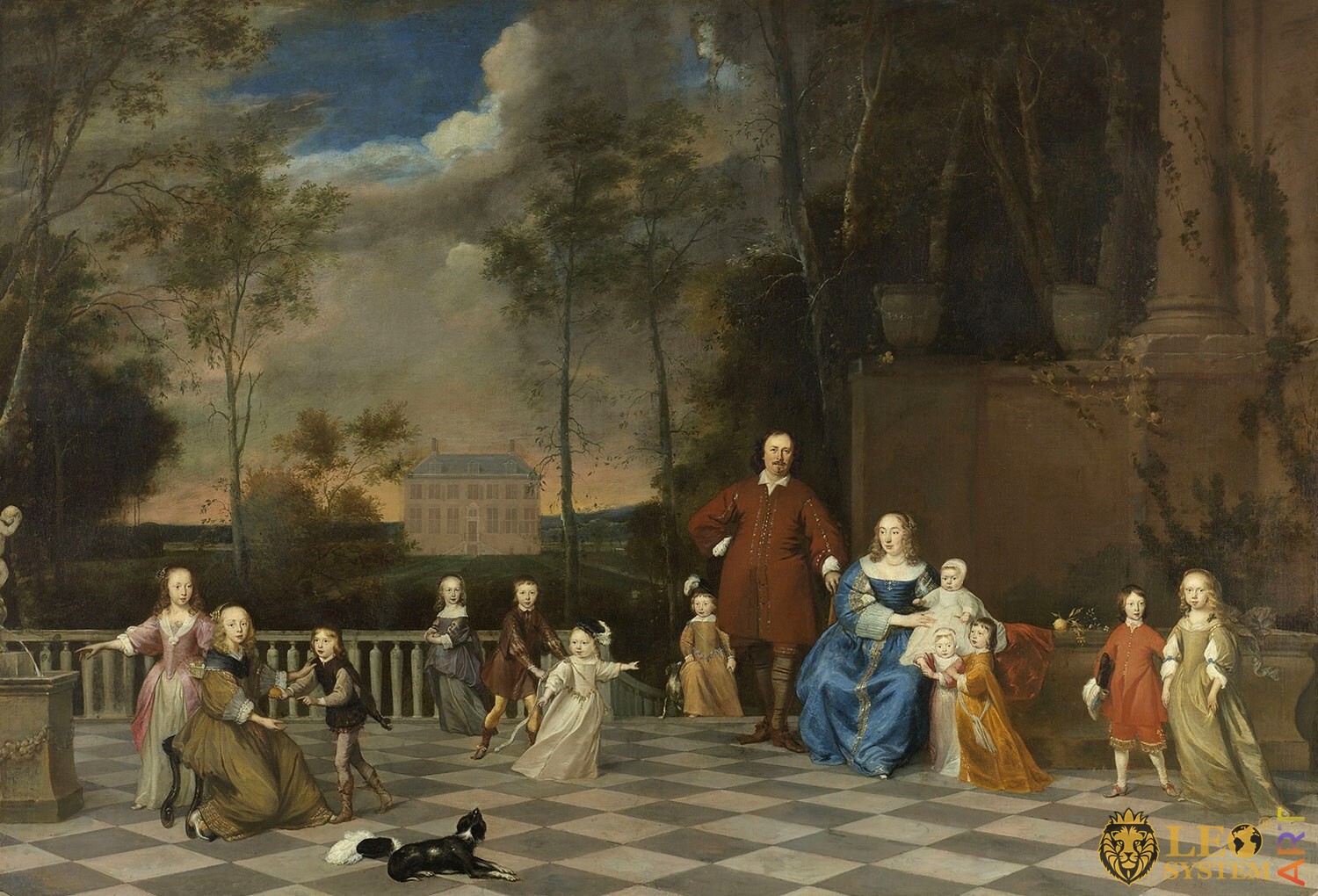 This painting take place on top of a terrace located in the famous private residence known as the Velserbeek that is located in North Holland. This painting includes merchant Jeremias van Collen who was a successful merchant during the 17th and early 18th centuries. He is then accompanied by his wife as well as their twelve children, who are posing and playing in the background.

You can see their home, the Velserbeek in the background of the painting. Today their home and the land that it is located on is a national park in the Netherlands that anyone is free to visit and enjoy its multiple gardens as well as explore the insides of the stately home.

The creation of the painting took place between 1655 and 1657, and it was done by Pieter van Anraedt who is another painter part of the Dutch Golden Age. Not much is known about van Anraedt’s personal life; he was born in the city of Utrecht and trained to paint in the city of Deventer.

Also see the article: Paintings with the Faces of Fantastic Women 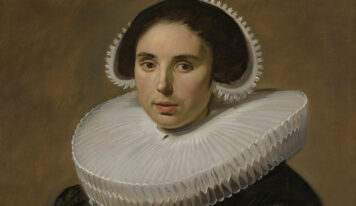 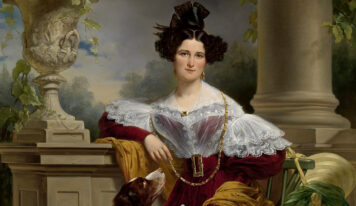 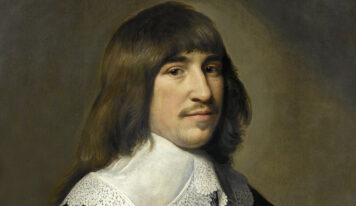 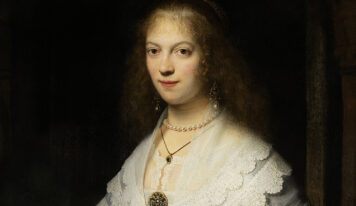 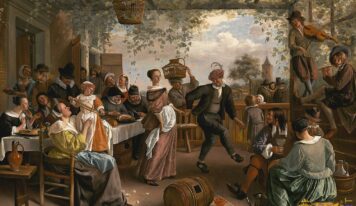 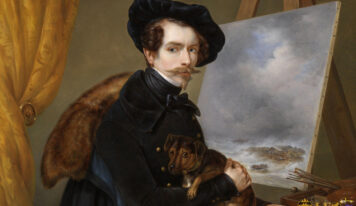 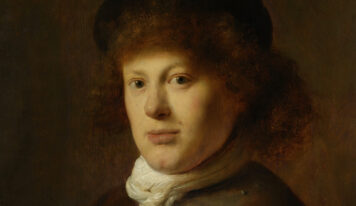 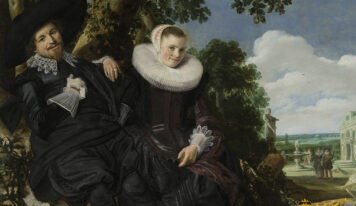