Home Landscapes Paintings with Running Streams in the Forest 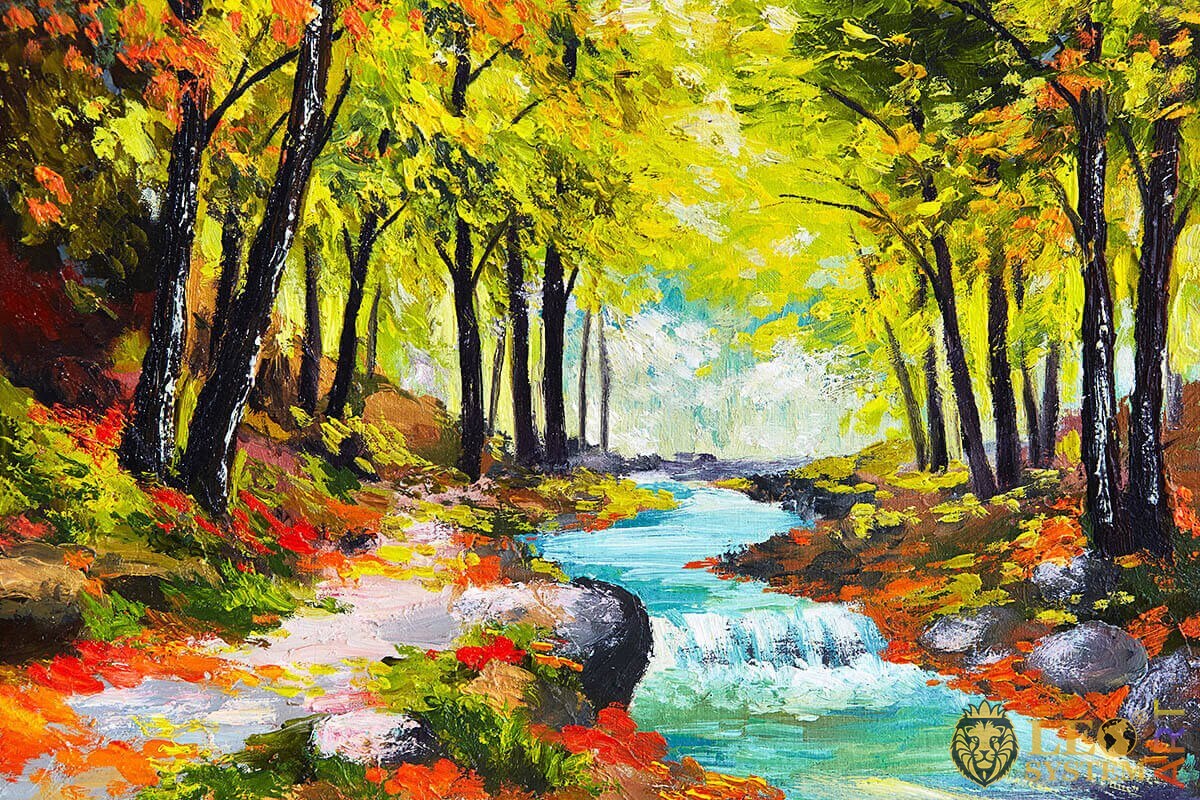 Streams are often overlooked; they are not as big or lively as rivers. They are like the shy friend that few people pay attention to, but the little streams around where you happen to live may have a lot more to offer than you think.

These peaceful waterways although much smaller than the average river with lower volumes of water are teeming with life. From little fish, frogs, and tadpoles as well as all kinds of little insects living inside and around the stream taking advantage of the abundant moisture and food sources that come with that.

Unlike rivers which over thousands of years of human civilization have become surrounded by towns, cities, and other forms of infrastructure, streams are much more peaceful and untouched. A large part of the river is the steam, so you will not have a lot of trouble finding a spot to relax next to a little stream.

Furthermore, it is a great place for families that have small children as streams are much safer than rivers and open bodies of water. Finding streams can also be a great adventure for you and your fellow companions to find and trace its path. Such streams are featured in these paintings with running streams in the forest.

They may be small, but streams are the source of entire rivers. Those little streams that you see just about running along can potentially be the starting points of giant rivers such as the Rhine, Danube and Mississippi rivers that fuel the economies of multiple countries. In a way, it is quite inspiring and interesting how just a few centimeters of water can build up and become one of the almighty wonder of the world.

Being an artist requires a lot of skill that is gained through practice as well as the passion to put your imagination on the canvas just how you want it. Underneath we have put together some paintings of running streams that you can take a look at and admire the surrounding peaceful sceneries. 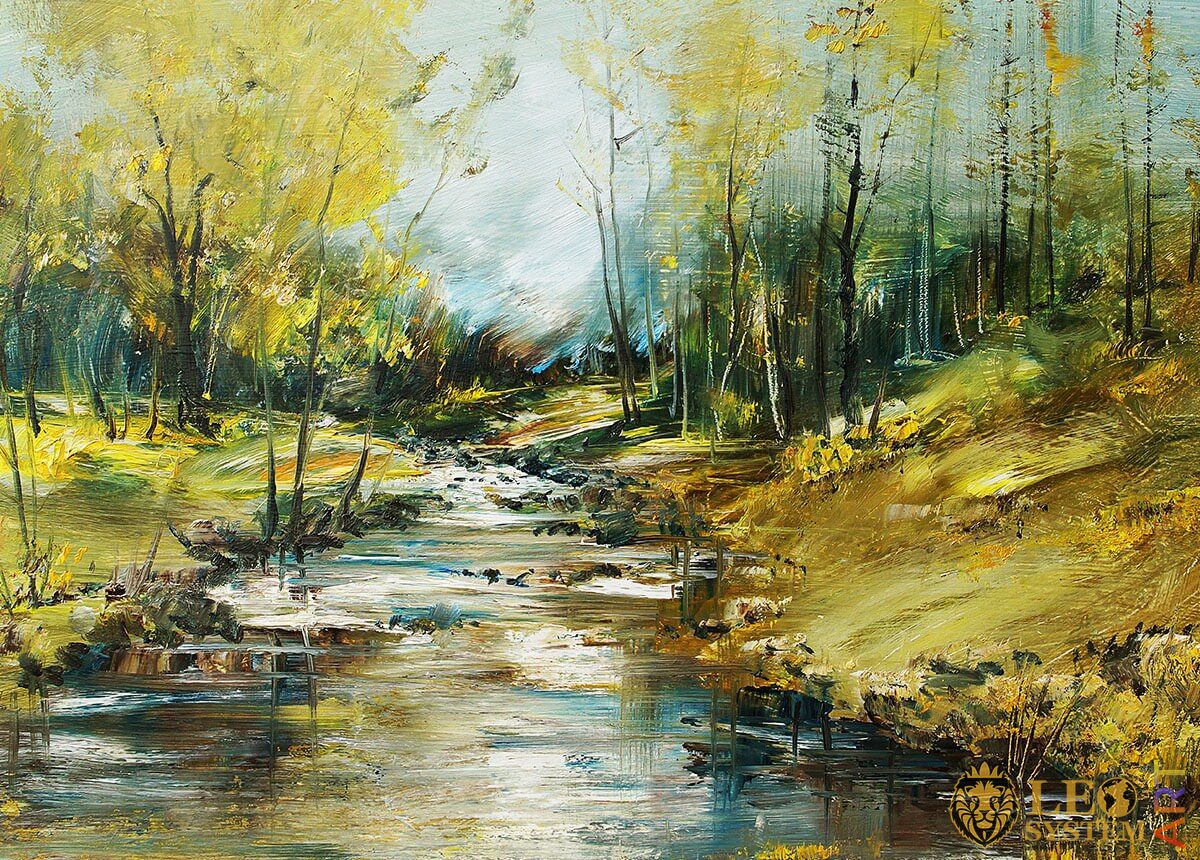 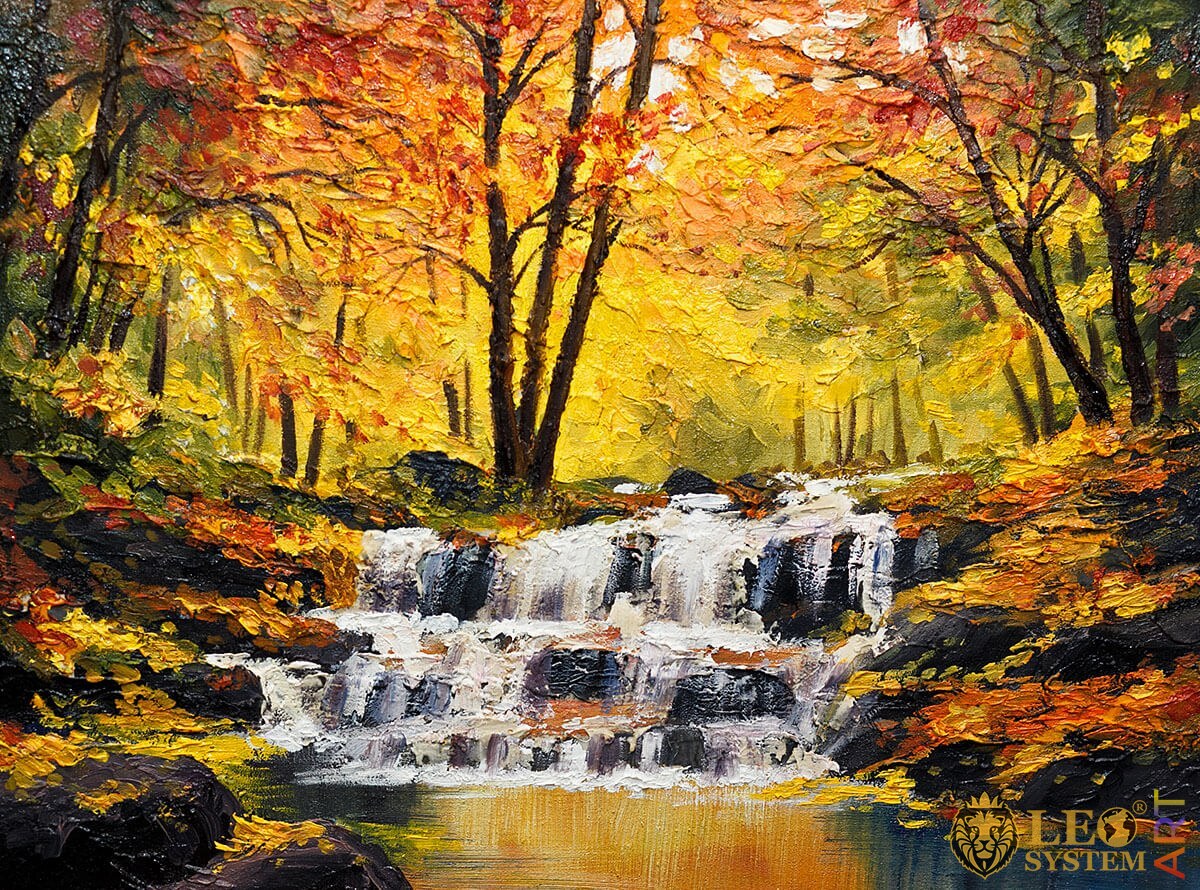 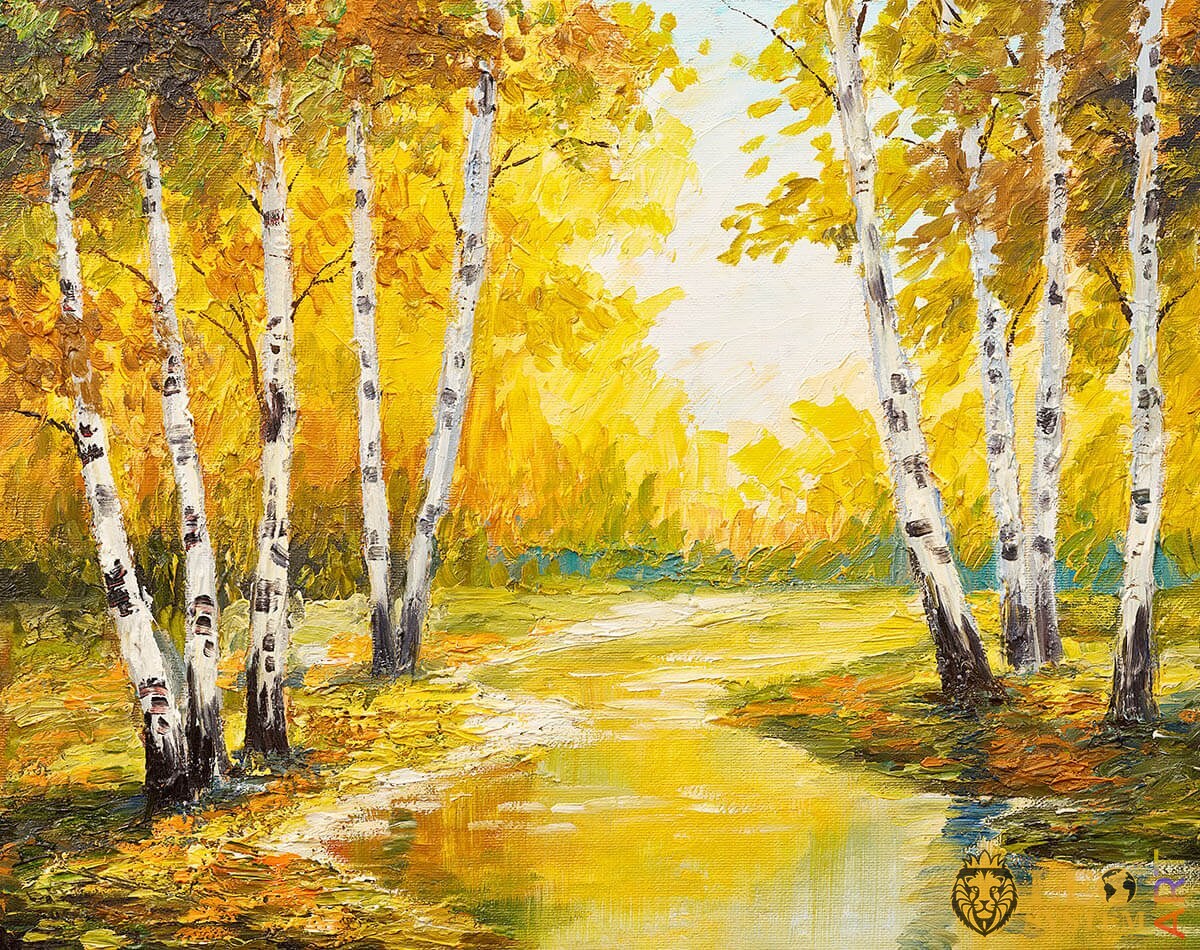 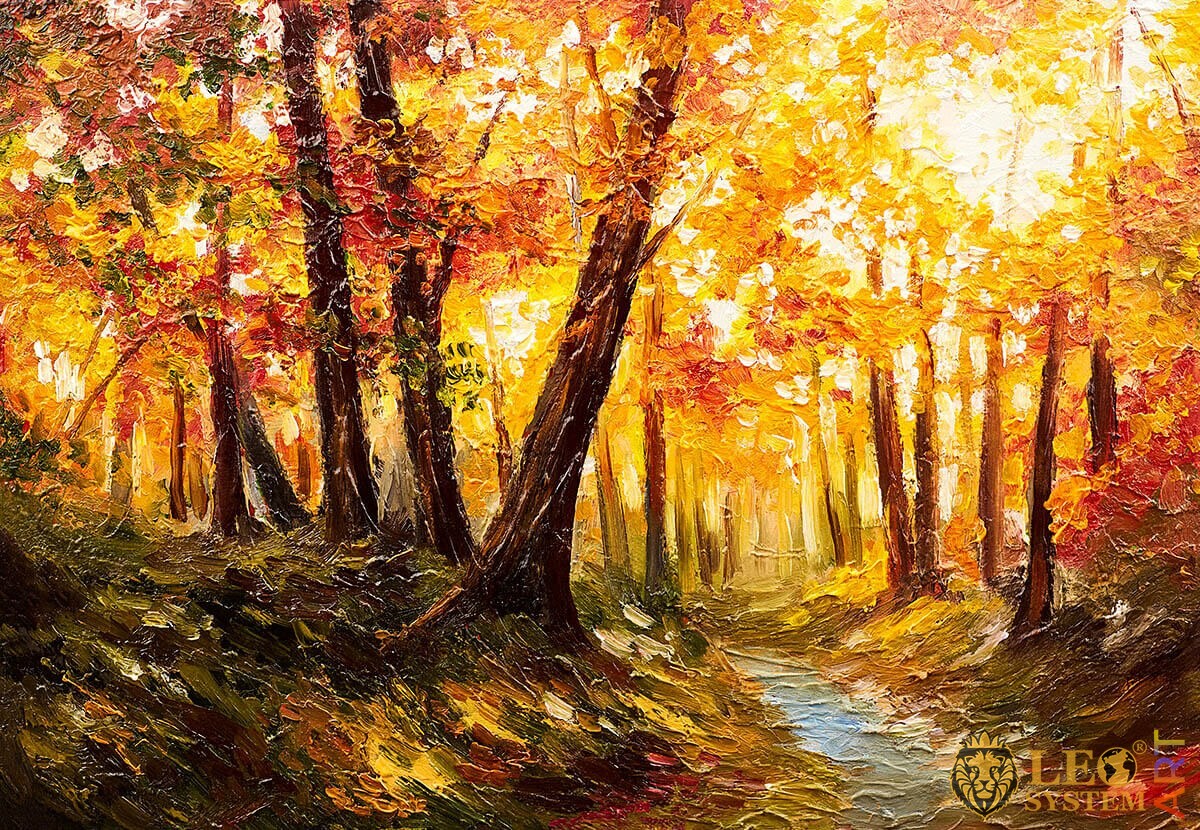 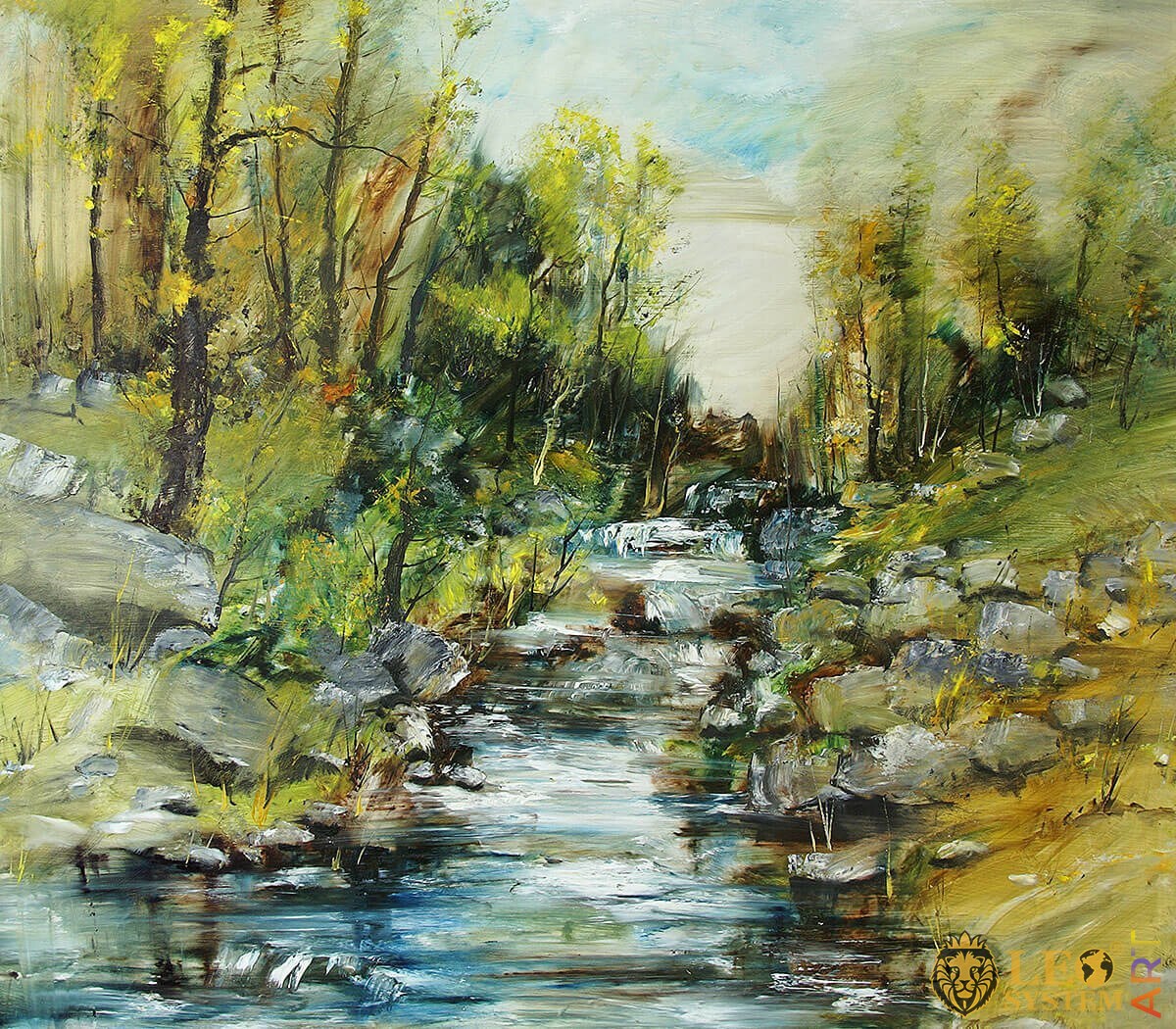 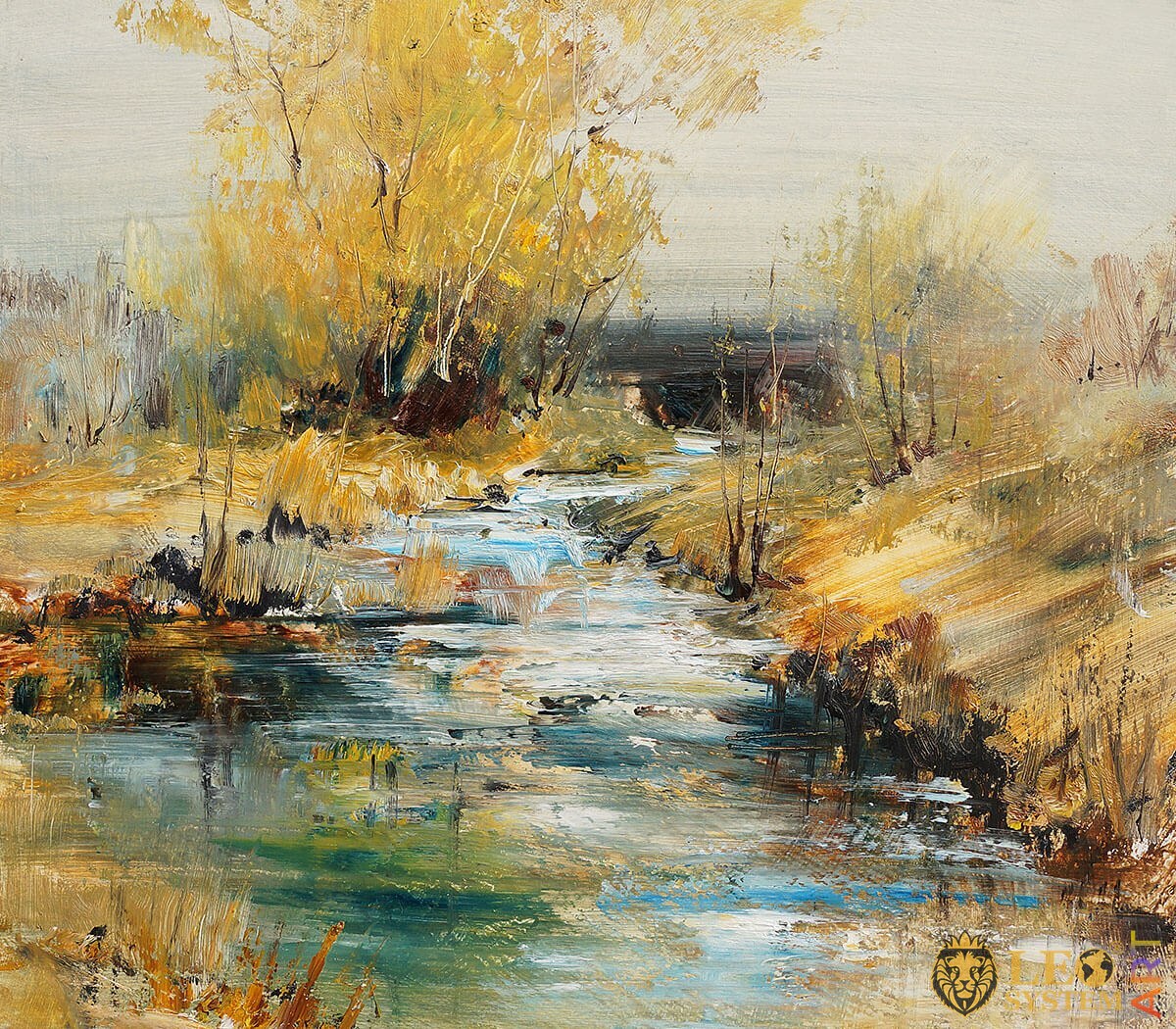 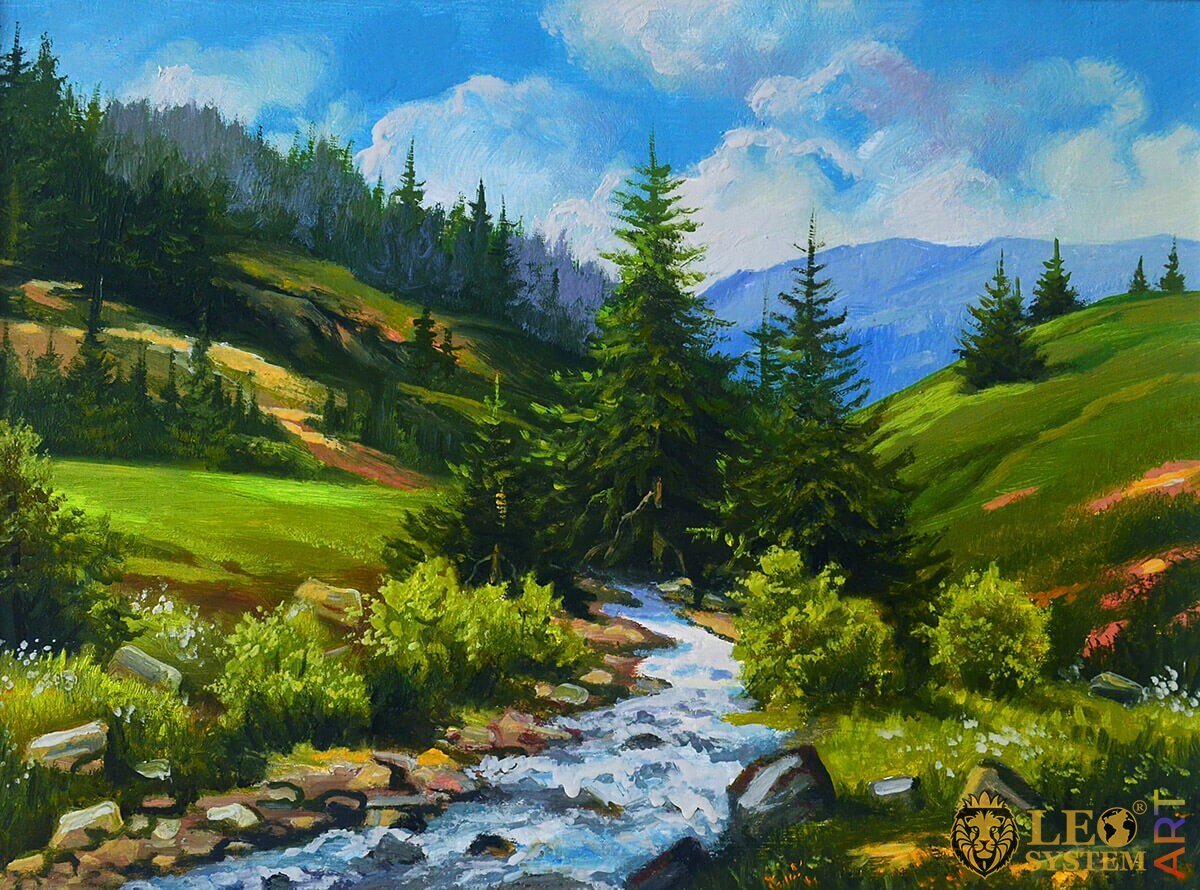 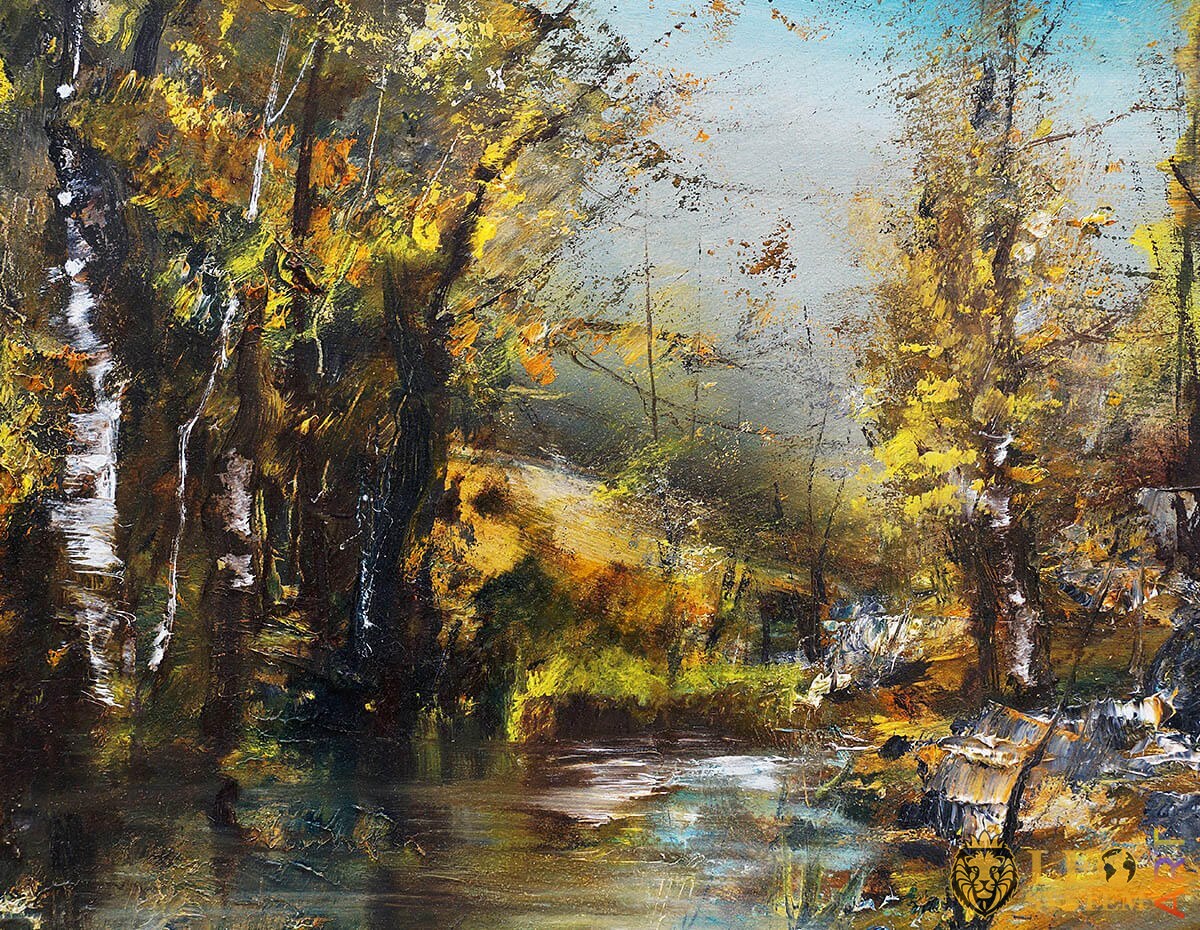 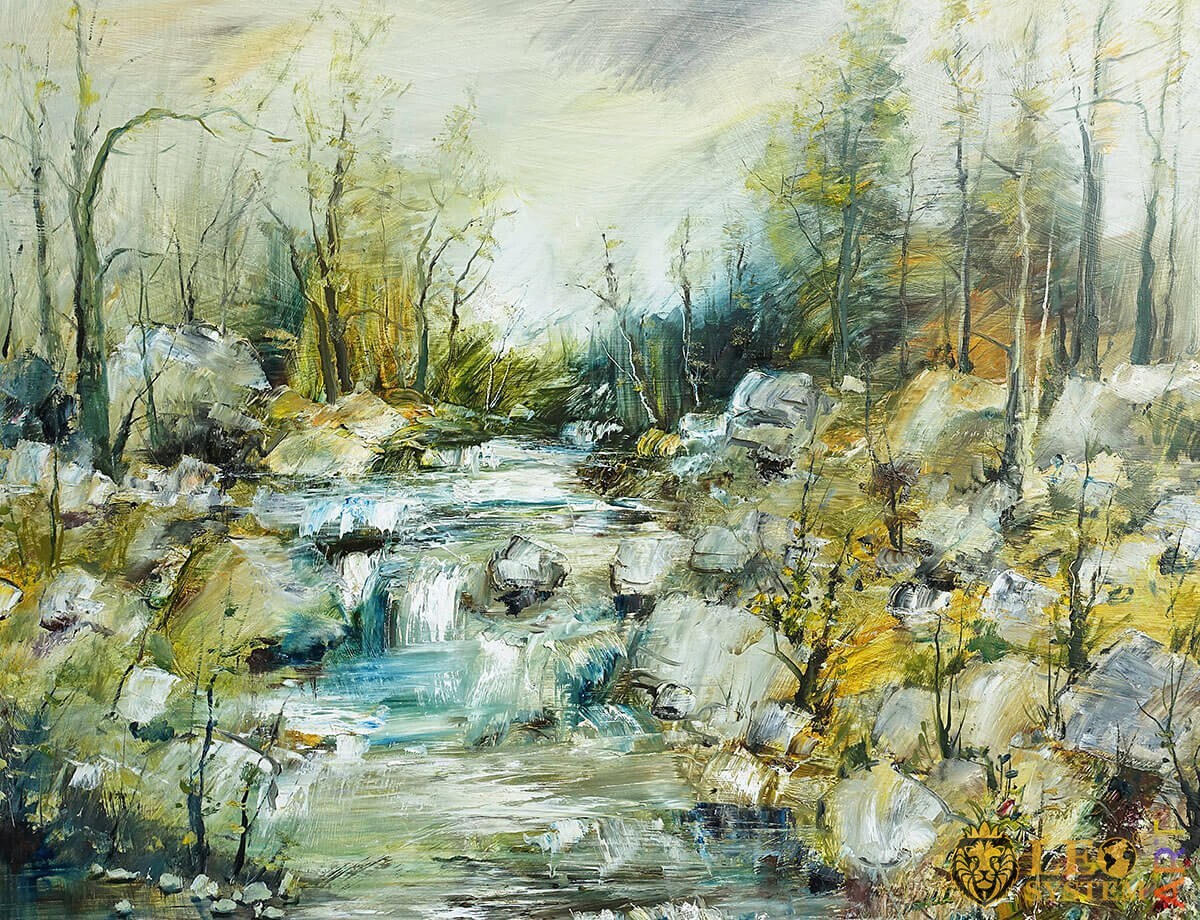 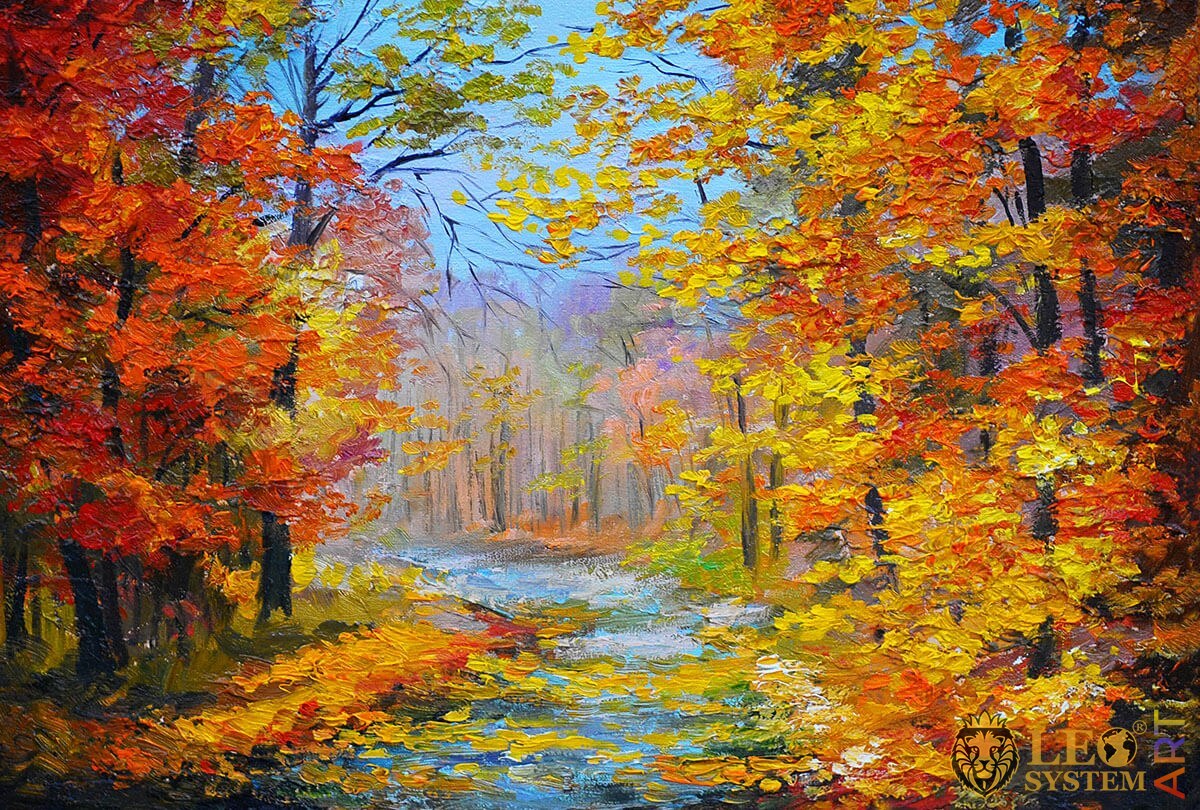 Read the post: Paintings with Rural Houses in Villages 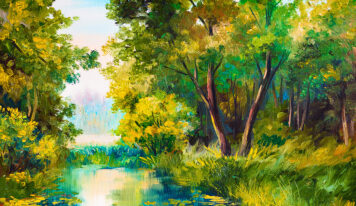 Oil Paintings by the Lake in the Forest 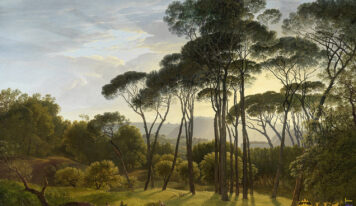 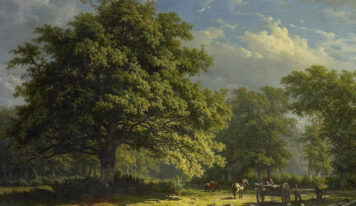 Paintings with Landscapes of Famous Painters 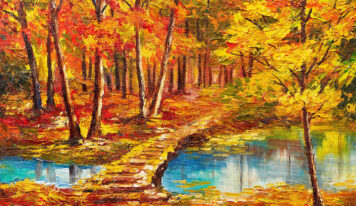 Paintings with Bridges in the Forest 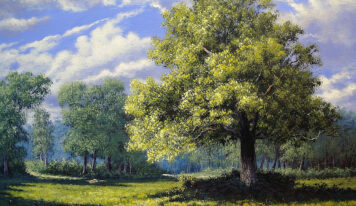 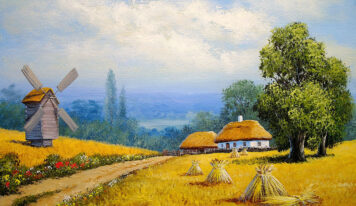 Paintings with Rural Houses in Villages 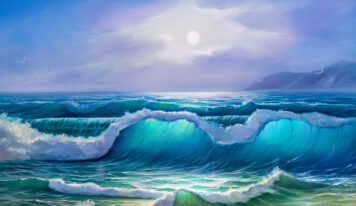 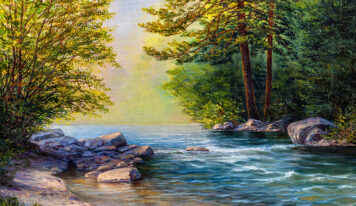 Oil Paintings by the River in the Forest